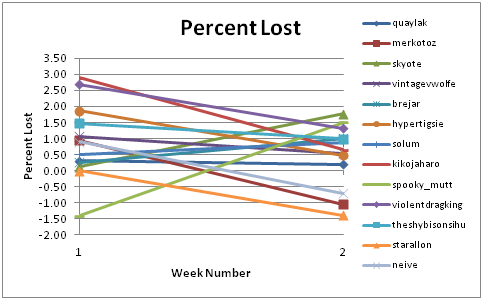 My old list was a little out of date. Also I was having issues with coding. Since this journal is friends-only and I don't have many active followers (if any,) I'll probably not put it under a cut unless someone asks me to. (* denotes those I've totally caught up on and are entirely for my reference.)

Wow. Lots of editing from my last list. Some changed update days, some went down all together. Guess I need to keep up with these things more often!!

Once upon a time…
What is the first line of your favorite book?
Reply 929

Marathon sessions
Aside from sleeping and being awake, what is the longest consecutive amount of time you've spent doing one thing? What was it?
Reply 619
I have done a couple marathon gaming sessions of a couple Legend of Zelda games. Mostly Ocarina of Time. (Don't judge. It was totally worth it.) Also, I often work for 10-12 hours at a time at the convention center. It's not the "same thing" but it's still work. My record is 24 hours working.

School days
Do you think kids should learn about sex in school, and why?
Reply 868
Yes. A thousand times yes. This is such an important thing to learn.

Here's my thinking on it: Kids are curious about it, they're going to ask questions, and sometimes it's a very awkward subject to broach with parents. Teachers can teach the basic facts behind sex, changes in the body, birth control, sexual orientations (I'm not gonna listen to anybody go on about how it's not okay to be gay, blah blah blah. I don't care. That is not the question in this prompt.) and so on. If parents are so tied in a knot about abstinence, then they should encourage their kids to follow that route AT HOME. Do not force the schools to teach that. I've met someone who, honest to God, thought she couldn't get pregnant because she and her boyfriend had sex standing up and guess what - yep, she got pregnant!

Teach the facts at school, talk about the morals, etc. at home.

(I am definitely not a nerd.)

Ready, steady, read
What is the best book you've read this year, and why?
Reply 1329
Oh boy... I try to read a book a month, but I've misplaced my reading journal so I can't really remember the reasons why I liked particular books. I think I'm going to have to say that Jackaroo by Cynthia Voight was the best that I read so far for a number of reasons:

1) It was a well-crafted universe and very realistic. It was a fantasy book, but there was no need for wizards and dragons and all that stuff. It was simply a historical fantasy novel.

2) The ending took me by surprise. I won't say what it is for obvious reasons, but it's always good to be taken by surprise.

3) I really empathized with Gwyn, I saw a lot of myself in her. And a lot of my family in her family.

Ah, and I just remembered that In The Woods by Tana French is likewise a very good book. It took me a couple tries to get into it, but once I got past the prologue, I couldn't put it down. It's very well written, I got to really like the characters, the story hooked me, and it also had a surprise ending. I'm going to try to get the sequel for my mother for Christmas because she's a mystery novel fan and she loved In The Woods just as much as I did.

kaytee_kangaroo
Boldly going
Which fictional world would you choose to visit, and why?
Reply 1058
I love this question. I live in two states, so I have two bookshelves: my school apartment shelf, and my library. At school, I've got half textbooks and half borrowed books that are 98% fantasy. At home, I've got a library of books which are 95% fantasy, 2% comics, and 3% miscellaneous. I like to think that people would say I'm a fantasy junkie because that's true, but I'm also a biology major which makes a lot of my textbooks extremely technical so I hope they would also think I'm pretty smart. XD

I like this, though, because my first roommate freshman year had her bookshelves stuffed with video games and movies whereas mine was full of books I hadn't read yet. Needless to say, there was a huge difference in our personalities and school habits.

Edit: I saw that it wasn't a hyperlink. My bad.

As far as girls go, I'm a pretty big gamer. In order to stay competitive with my cousins growing up, I had to learn how to play video games and I like to think I have a pretty decent learning curve thanks to that. I'm loyal to Nintendo, but I'm not afraid to branch out (I haven't gotten into Xbox at all because any of the games they have for that platform, they also have on PlayStation.)

That said, my list of systems is as follows:
- 2 GameBoy Pockets
- GameBoy Advance
- PlayStation 1
- PlayStation 2
- GameCube (shared with my brother but he's "getting bored" of it and will probably give it to me after he gets his own PS2)
- Nintendo64

Mr. Casey has an Xbox360 and my family owns a Wii, but since it's for my mom, I'll be buying my own eventually. So I have four consoles that need to be hooked up to a TV and will eventually have six. But that's a lot of RCA cables to be switched around and I got to thinking... How do I make this easier?

And voila! A 4-to-1 RCA jack. They also make 3-to-1 jacks, which I will also probably be getting (unless I decide that a pair of 4-to-1s will be better for the future...) and I will daisy chain one to the other to hook one single RCA cable into my TV.

Correct me if I'm wrong, but this is totally awesome. In an extremely geeky way.
Collapse